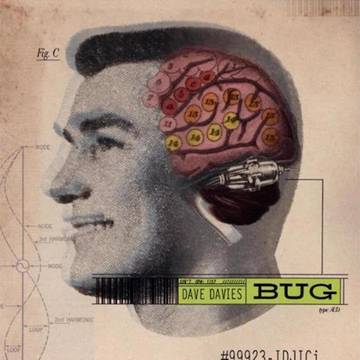 If Dave Davies did nothing more than create the slash-and-burn power chords of the Kinks' "You Really Got Me" he'd earn a place in the Rock and Roll Hall of Fame. As it is, the younger Davies brother has accomplished much more. His first studio album in over 20 years finds Ray's frequently overshadowed sibling reviving that rather charming '70s device, the concept album--the plot here revolving around extraterrestrial visitation and brain implantation. Davies brings the idea of benign aliens a little closer in a collection that recalls some of the best trends of the '60s and '70s. He uses a rock template that harkens back to post-Tommy Who ("The Lie"), Mott the Hoople ("Whose Fooling Who"), and Deep Purple ("It Ain't Over 'Till It's Done"), sounding rather anachronistic as a result. The songs are engaging and show Davies to be a writer of considerable skill and wit, but they're somewhat stuck in the way-back machine.