Just Behind the Creek: Field Recording at Kickin' It on the Creek 2019 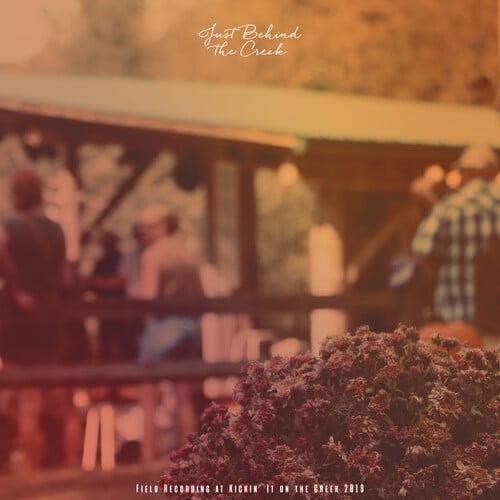 Kickin' It on the Creek is now one of the best music festivals in Appalachia, organized by Byron Roberts of Wolfpen Productions and staged in Ross Creek, Kentucky, at Robert's farm. The festival started in 2015, after a successful celebration for Robert's son and a CD benefit for Tyler Childers in 2014. Since then, Kickin' It on the Creek has been featuring local and regional bands in the mountains of Estill and Lee County Kentucky, as well as practitioners of traditional music styles from all over the country.
This album, "Just Behind the Creek: Field Recording at Kickin' It on the Creek 2019" was recorded at Robert's living room just behind the stage, and shows a wide variety of music with renowned and talented musicians playing traditional tunes as well as their own beautiful original songs. The record features various artists such as Grammy nominated fiddler Bobby Britt (Town Mountain), Jesse Wells (Tyler Childers & The Food Stamps), Joe Macheret (The Tillers & Joe's Truck Stop), Montana Hobbs (The Local Honeys), Chris Shouse (Hancock & Shouse), Teresa Prince (Luna and the Mountain Jets), Brett Ratliff, Senora May and many others, and "truly captures the magic of this mountain music we so dearly treasure" as told by the festival owner Roberts. He also says, "Music heals in a lot more ways than we all realize", and "Music has helped the people of Appalachia through rough times for generations". Kickin' It on the Creek is now playing a significant role in connecting music lovers and healing the people with the great mountain music, as well as showcasing the real Appalachian culture. "Just Behind the Creek: Field Recording at Kickin' It on the Creek 2019" documents current situation of various kinds of mountain music played by 19 artists, and shows how musical traditions in the mountains are inherited to younger generations with their own flavors. They represents the current Appalachian music culture, and will help the people of Appalachia to get over these rough times.