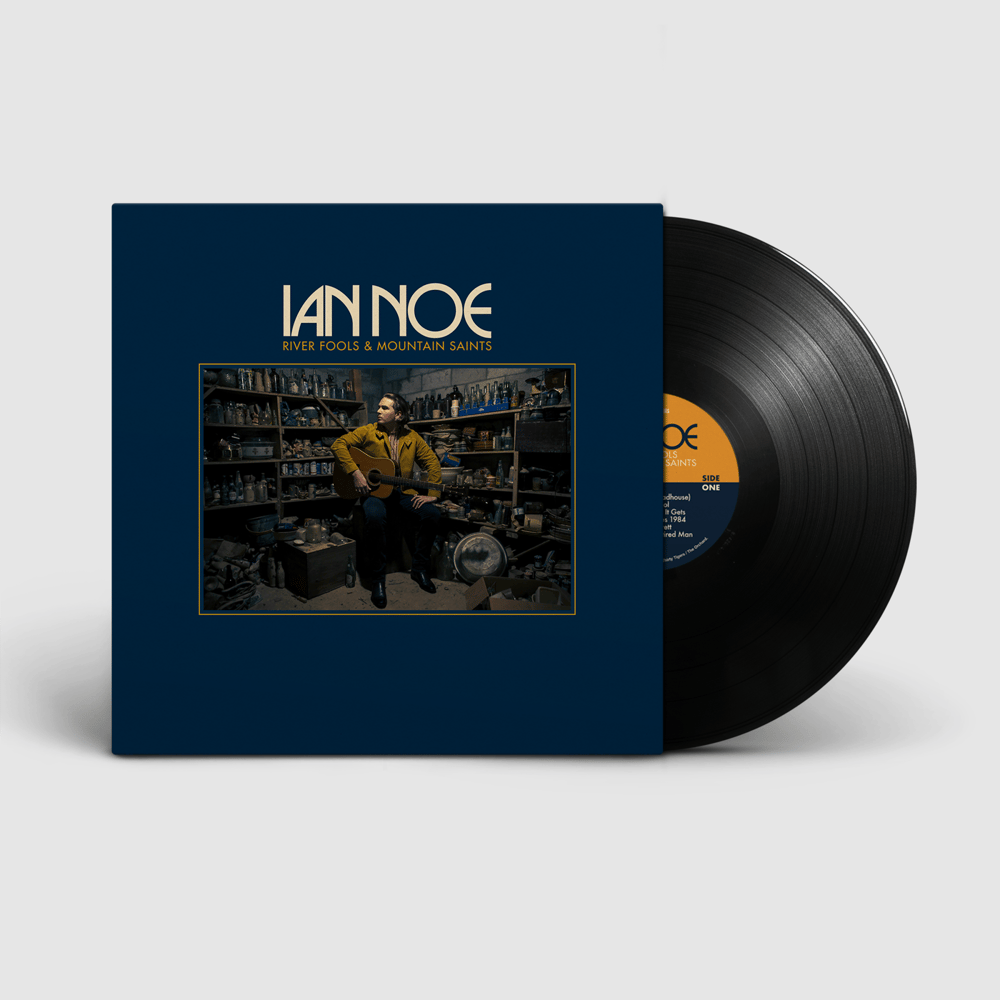 Thoughtfully and intentionally named, River Fools and Mountain Saints highlights Noe’s storytelling prowess through 12 country rockers and Appalachian ballads, depicting contemporary and historical life in the region.
Broader in scope and brighter in tone than his lauded debut, 2019’s Between the Country, River Fools and Mountain Saints boasts a fuller sound with more diverse instrumentation. Noe name-drops full-length masterpieces like Bruce Springsteen’s Darkness on the Edge of Town as readily as Arcade Fire’s Neon Bible for structural inspiration, as well as Neil Young’s harmonica work in “Heart of Gold” and Jimi Hendrix’s guitar playing in a rare version of “Voodoo Child (Slight Return)” from 1970 for specific tones.
They recorded on reel-to-reel tapes in short spurts over the course of two years, without the pressure of time, which enabled a wider range of experimentations, collaborations, and sounds. As a result, River Fools and Mountain Saints switched from rocking like Creedence Clearwater Revival to intoning like John Prine or Tom T. Hall; it swaggers with keys on on songs like “Pine Grave (Madhouse),” bursts with French horn bombast “On More Night,” and swells with orchestrated strings on the gutting closing ballad, “Road May Flood/It’s A Heartache.”
Despite being written in quarantine and in the wake of natural disasters, River Fools and Mountain Saints remains a positive record. Noe maintains it’s about good moments growing up in a hard place. But most importantly, it’s about music as redemption, romanticism, and release.