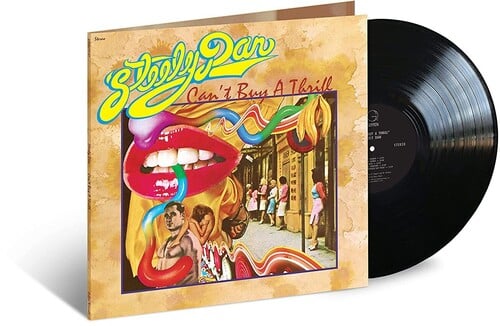 At long last: the classic Steely Dan MCA Records catalog is back on vinyl. Led by Walter Becker and Donald Fagen, Steely Dan released seven albums from 1972-1980. The vinyl series will kick off with Can’t Buy A Thrill, now in its 50th Anniversary Year, which features the band’s breakthrough hits “Do It Again”, “Reelin’ In The Years” and the recently viral “Dirty Work”. Meticulously remastered by Bernie Grundman, these reissues were cut by Alex Abrash at AA Mastering studio and pressed at Precision.